What To Do When You’re Dead Broke 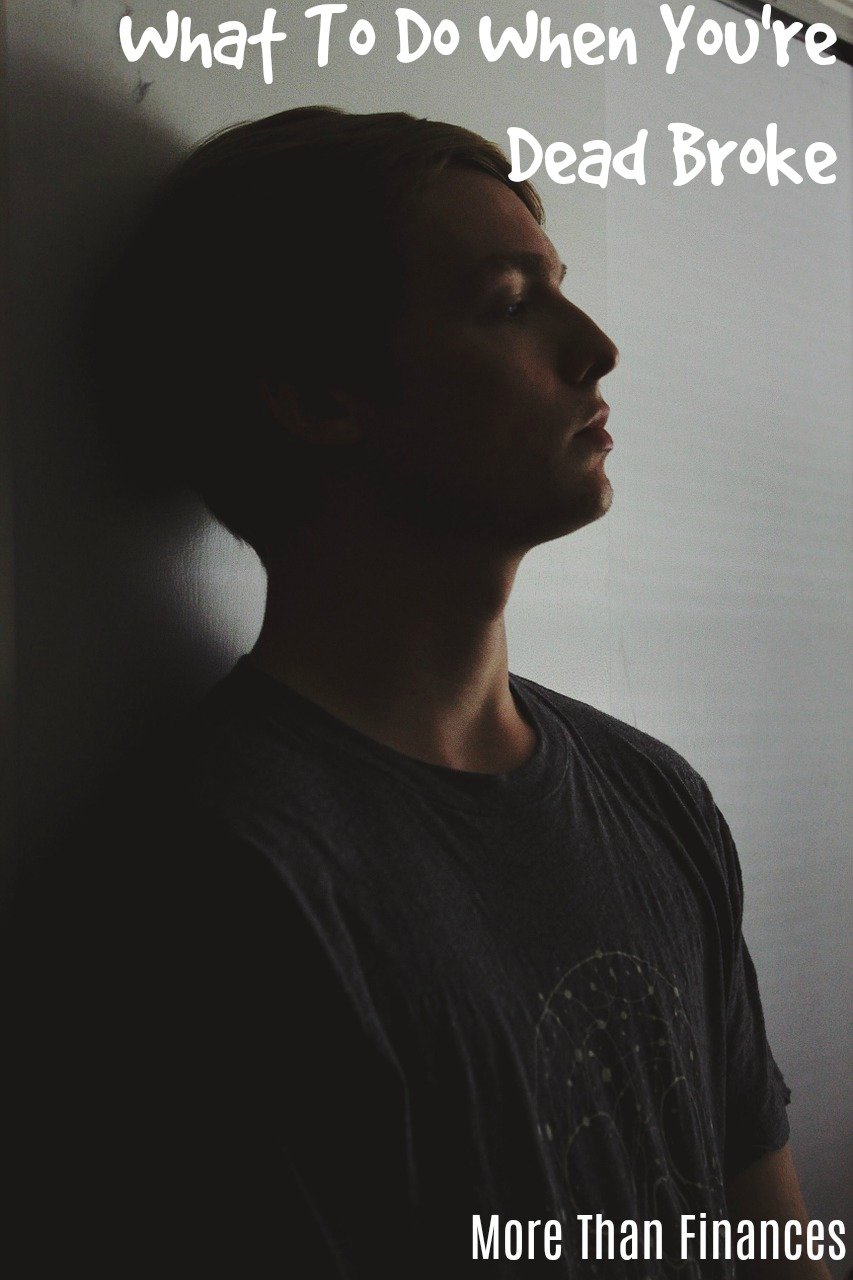 You’ve been doing so well for so long. You never have a surplus of money but the bills are always paid. Maybe not on time but paid.

You find yourself looking at how many bills are left to pay and think to yourself “I am dead broke”. It’s a tough pill to swallow, but all is not lost.

When I Admitted “I Am Dead Broke”

A few years ago my apartment flooded. In order to fix it, I would have to rent some equipment from Home Depot for $50.

Only problem was I did not have $50. I didn’t have $5. Not only that all my credit cards were maxed out and unusable.

I was dead broke and humbly had to ask for help from family.

What To Do Right Now

First thing is to ask family or friends for help. I know you don’t want to, I know it’s humiliating but if that option is available please take it.

Odds are your loved ones want to help you, they won’t be upset and won’t think less of you.

Next, anything you have of value sell it. Use craigslist, let go, offer up, Facebook, anything to try to find someone to buy your things for cash today.

I know you value your possessions, but right now you need to eat, you need to make sure you can sleep in a house, that’s more important.

The last thing I want to mention is a payday loan. I personally would never do this because the interest rate is terrible.

However, if you have no options and you need food and shelter than this can work. I’ve done it in the past to pay an electric bill. I was able to only need to use it once and paid it off right away. I know so many horror stories of people who started doing this and had to do it for over a year because one paycheck was paying the loan off and they would run out of money again and again.

How To Never Say “I Am Dead Broke” Again

After you have solved the immediate problem and a little time has passed, don’t let yourself get in that situation again. The sick feeling you get is something you never want again.

Find out what got you into that place. Was it really an unexpected bill? A $50 rental fee shouldn’t make someone dead broke but it did me. But that wasn’t the real problem. The real problem was me spending more than I made, maxing out credit cards and never paying them off. It was going out to eat so often and never caring about the cost.

The hard part isn’t finding the problem though, it’s changing. I didn’t stop going out to eat, I just went out less and spent less. I drank water, I split meals with my wife instead of both of us getting a meal. The interesting thing, it was just as enjoyable and cost far less.

I stopped putting things on credit and started paying credit cards off.

I know things are hard right now, and you need help, but you can and will get through this.