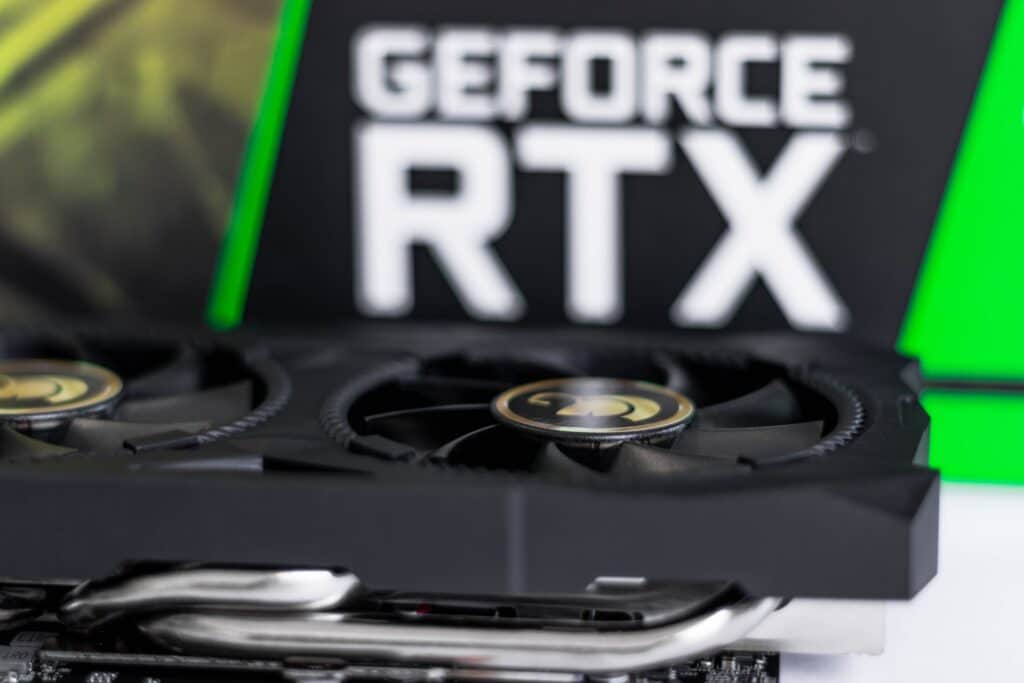 The United States Security and Exchange Commission (SEC) has charged the tech giant Nvidia for failing to disclose how many of its graphics processing units (GPUs) were being sold to crypto miners. Nvidia has agreed to pay $5.5 million in fines to the SEC. For those interested in investing in technology associated with cryptocurrency, this is a notable event.

You may recall that I talked a bit about GPU sales, Nvidia, and crypto mining here on the blog last year. These charges from the SEC don’t have anything to do with the latest GPU shortage though. Actually, the SEC is seeking fines for something that happened five years ago.

In 2017, there was a small crypto-driven hike in sales for GPUs. While Nvidia did show investors that GPU sales were going up, the company neglected to tell them that most of the increase was due to cryptocurrency mining.

Because the cryptocurrency market is so volatile, this information could be crucial for some Nvidia investors. In the allegations brought against Nvidia, the SEC says that the company misled investors about the potential for growth in the company.

However, Nvidia did inform stakeholders about some of the effects crypto mining was having on the business. For instance, Nvidia started creating GPUs specifically for mining to dissuade people from using gaming GPUs to mine. It seemed like Nvidia was being transparent at the time, but they weren’t.

At this time, Nvidia has not admitted to any fault in the matter. The company has simply agreed to a cease and desist and has agreed to pay the $5.5 million fine.

Why is This a Big Deal?

Nvidia’s failure to disclose this information to investors is a pretty big deal. Think about the crypto bubble burst that occurred in 2017. At the time, Nvidia missed the earning expectations by a landslide.

There was a fall in demand for GPUs. Investors lost billions of dollars. It was a nightmare. Eventually, it led to a surplus of products too. Even after price cuts occurred, retailers had a hard time moving the mass of GPUs that were now gathering dust on the shelves.

As I mentioned at the beginning of the article, this could be a huge deal for people who are thinking about starting to invest in crypto-related companies. Nvidia and other GPU manufacturers have been in the crypto world for some time. Many investors have made decisions about whether or not they should invest by the information provided by the companies themselves.

Given what we know about Nvidia though, it may be best to do some of your own research first. When it comes down to it, Nvidia and other large companies will do what they can to increase sales and make their stakeholders happy in the short term. Take that as food for thought before moving forward with crypto tech investments or any other major investment.