Should You Invest in Grin Cryptocurrency? 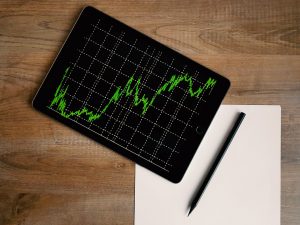 From all-time highs of $261.65 to lows of $4.57, Grin made its ripples in the blockchain community despite little awareness of the cryptocurrency. Its website says it empowers anyone to transact or save modern money without the fear of external control or oppression. If one didn’t know better, they’d assume this was some sort of anarchist movement. They’d be wrong.

Grin is made by a community of self-funded developers who wanted to make a cryptocurrency that is more private and scalable than Bitcoin. To do this, the team behind Grin has reduced the amount of data needed to transfer cryptocurrencies.

The mystery which surrounds Grin is marked by the anonymous founder of the MimbleWimble blockchain which it operates on. Its logo is a smiley face with the letters M and W (standing for MimbleWimble) for eyes. Despite the mystery of who created it or even why, Grin has been direct about its tokenomics and intentions for its users.

Reasons to Invest in Grin Cryptocurrency

Grin offers a guarantee that it won’t collapse under its own weight in the long-term. Bitcoin and other cryptocurrencies have often been criticised for their scalability issues which could impair their efficiency as cryptocurrency adoption increases. With Grin, storage requirements are ten times smaller than for Bitcoin.

The technical aspects of the coin create a short to medium term inflationary pressure. This means that prices will not be shooting to the moon anytime soon. The developers intentionally designed Grin coin like this to reduce short-term holding. That being said, the long-term nature of prices is meant to change.

There are over $100 million worth of miners of Grin. With the short to medium term inflationary pressure, it may be in the best interest of the company to sell the cryptocurrency once they get it. This could result in more people using Grin or less people using Grin as they may be afraid to hold on to Grin due to the fact supply doubles from year 1 to year 2.

Grin can be mined with a common laptop. If you’re not so keen to invest money into Grin coin just yet, you can test the waters as a miner. Unlike many other cryptocurrencies, its team have actively tried to make sure that the coin is designed in such a way that reduces attempts by large-scale industrial miners. This can serve as a great way to make money in the short-term.

Other privacy coins have many years of head-start which means their communities are more attached to them. Inevitably, Grin has been met by some with skepticism.

As it stands the USD inflation rate is approximately 2% per year while Gold’s inflation rate is 2% per year. Over time Grin’s inflation rate will be 2%, then 1%, .01%, and so on. It progressively reduces with a dilution rate until zero. Bitcoin follows similar trends until the year 2140. In the long-term, the inflationary rate of gold may be more noticeable than the inflationary rate of Grin. The risk, however still exists in the technical nature of the project and its infancy. Like other blockchain projects, there are likely to be technical difficulties experienced in the future which may worry investors and even miners. Bitcoin, the oldest cryptocurrency has had its fare share of difficulties along the road. Grin will be no different in this respect.