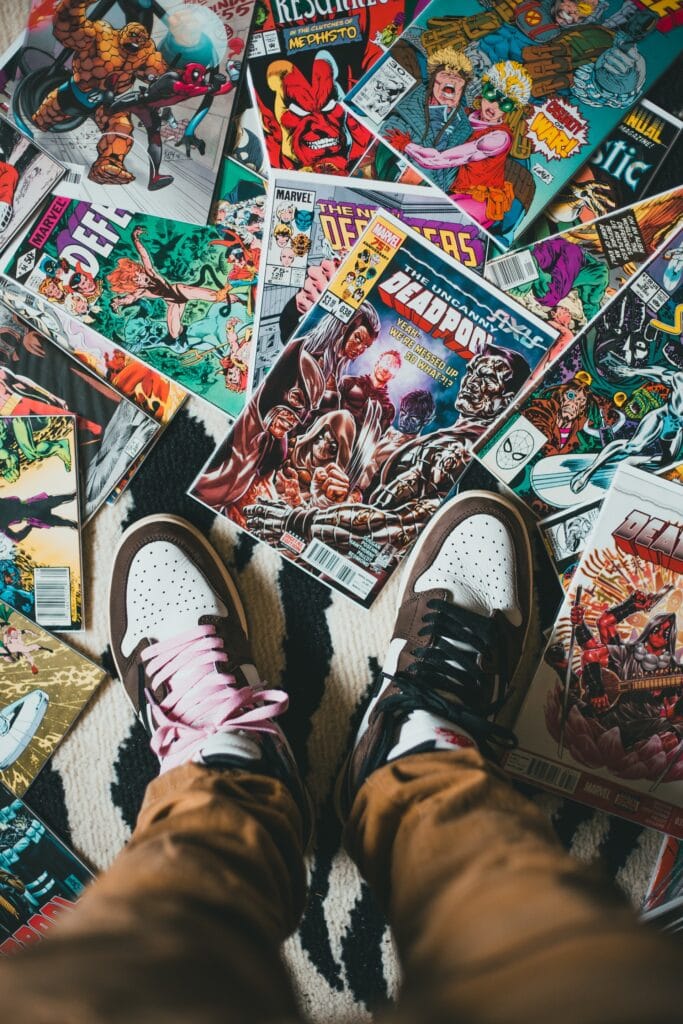 There has been a bit of buzz in the crypto community about NFT comics this year. Comic books and non-fungible tokens may seem like they come from two completely different worlds. If you’re a fan of comics or you’re looking for the next best investment, there are plenty of good reasons to jump into NFT comics.

What are NFT Comics?

When you buy an NFT, you are essentially getting proof of ownership of the item the NFT represents. Where NFT comics are concerned, that item is a digital comic book. Marvel recently announced that it would be branching out to NFT comics. Right now, all Marvel comic NFTs are available through the digital collectibles app, VeVe.

That may seem a bit strange to you because it made me raise an eyebrow. Part of the hype around collecting comics is having the stack of books in your closet or on display. When you want to show them off or just read them, they are there. What Marvel and other comic companies are doing is essentially releasing ebook versions of their work.

For someone like me who enjoys reading comic books, it may seem a bit lame. However, Marvel and DC are simply doing what they’ve always done: kept up with the times. Digital collectibles are the next big thing. To stay relevant, they needed to get into NFTs sooner rather than later.

Are There Any Good Reasons to Jump Into NFT Comics?

Now that you know a bit about NFT comics you may be wanting to start getting into them right away. Thankfully, there are quite a few good reasons to jump into NFT comics now.

All of that being said, it is important to keep in mind that the art community has mixed feelings about NFT comics. Unfortunately, NFT comics hurt small-time artists and comic book illustrators. It makes it harder for them to protect their work on the internet. What’s worse is that it can make it easier for others to copy their work.

With that in mind, NFT comics certainly aren’t going to disappear any time soon. If you’re a comic fan like I am, it will be interesting to see how they continue to evolve. While part of me is nostalgic about old comics, I’m excited to see how the next generation is able to access, read about, and enjoy the same characters I grew up with.